Silverbrook Elementary School opened on September 6, 1988. The land on which our school rests has been inhabited by human beings for centuries. Archaeological findings in nearby South Run District Park reveal artifacts that date back some 5,000 years. The inhabitants at the time of European contact were probably members of the Taux (Dogue) tribe, an Algonquin-speaking group of American Indians.

Silverbrook Elementary School was built to replace the aging Lorton Elementary School. Lorton had been built in 1934 under the school consolidation plans of Superintendent W. T. Woodson. Because of the age of Lorton’s facility, its location adjacent to I-95, and its small grounds area, the Fairfax County School Board decided that instead of refurbishing the existing facility a new school would be built. Because of anticipated growth as well as traffic and demographic patterns, the Silverbrook site was proposed and accepted.

On December 5, 1986, ground was broken on eleven acres of land surrounded by parkland in the Crosspointe subdivision. Take a moment to explore some photographs taken during the construction of Silverbrook Elementary School. 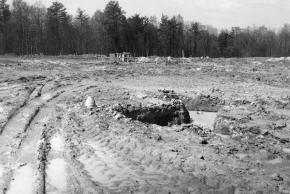 Silverbrook Elementary School Site, April 26, 1987. The contract for the construction of Silverbrook was awarded by the School Board in December 1986.

Silverbrook Elementary School Site, April 26, 1987. The contract for the construction of Silverbrook was awarded by the School Board in December 1986. 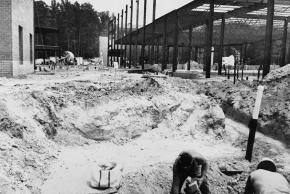 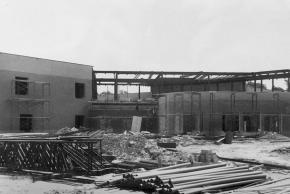 Silverbrook Elementary School, August 24, 1987. Silverbrook was built at a cost of $5.2 million.

Silverbrook Elementary School, August 24, 1987. Silverbrook was built at a cost of $5.2 million. 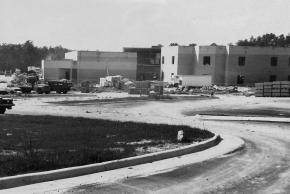 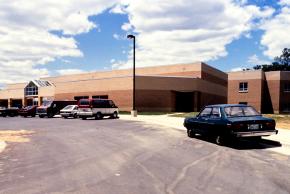 Silverbrook Elementary School, Undated. It was anticipated that approximately 390 students would be enrolled at Silverbrook on opening day in September 1988.

Silverbrook Elementary School, Undated. It was anticipated that approximately 390 students would be enrolled at Silverbrook on opening day in September 1988.

I remember visiting over the summer watching the final prep for the opening of a new school. Most of the staff was new to the area. We were all excited to open a new school and meet everyone.
~ Suzanne Frederick, Instructional Assistant, 1988-2018

I remember the building being brand new with a comfortable, “home” atmosphere. The staff members were caring with a warm attitude. My favorite memory is playing what sixth grade teacher Mr. Curtis labeled “Battle Ball” in P.E. class.
~ Corrie M. Frederick, Class of 1989

I was part of the first sixth grade class. The school was brand new. The principal made sure we took care of things in the school. All of the teachers were fun to be around and they handled all the kids professionally with care.
~ Nikita Mack-Robinson, Class of 1989

The original mission statement for Silverbrook read: To implement a strong and well-balanced instructional program for all students. To create a well-disciplined, warm, and nurturing environment. To recognize and value the diverse needs of all students. To utilize community support in fostering high expectations for all students. To “Make It Happen” for Our Community, Our School, Our Staff… and most importantly, Our Students.

In 1995, Robert Holderbaum was appointed the second principal of our school. Bob Holderbaum had previously served as the principal of Greenbriar West and Newington Forest elementary schools before coming to “The Brook.”

The Lellinger Reading Garden at Silverbrook was created in honor of librarian Linda K. Lellinger. Ms. Lellinger was born in Illinois and moved to northern Virginia in 1963. She worked for many years as a librarian at Bush Hill and Lorton elementary schools before joining the staff of Silverbrook. She passed away in February 1996, and the garden was created as lasting memorial in her honor to inspire future generations of readers.

In the spring of 2001, Silverbrook third grade teacher Edward Heffernan was named the Fairfax County Public Schools Teacher of the Year and was a recipient of The Washington Post’s Agnes Meyer Outstanding Teacher Award. Take a moment to watch a video about Mr. Heffernan that was produced for the FCPS Red Apple 21 television series Insight, as well as some additional news stories featuring Silverbrook. The other topics covered include a Snapshot profile of our school in 2005, the Read Aloud Program, the implementation of full-day kindergarten, and donations to Haiti.

Student enrollment at Silverbrook continued to rise in the first decade of the 21st century, reaching a peak of 1,253 students in April 2007. In January 2003, the School Board authorized the construction of classroom modular buildings at Silverbrook. The modular classrooms replaced eight classroom trailers, and came equipped with interior hallways and bathrooms.

I started kindergarten at Silverbrook in 2000. There were a lot of renovations while I was at Silverbrook. We got a new playground, the rock wall was installed in the gym, and the Mod was built! My fourth and sixth grade classrooms were both in the Mod. I remember we had our sixth grade carnival along the covered path that connected the Mod to the school. Silverbrook is very special to me. The incredible staff made me love school and love learning. There are so many people from Silverbrook who made me feel special and valuable; one of the most important gifts anybody can give a child.”
~ Patrick Hulse, Class of 2007 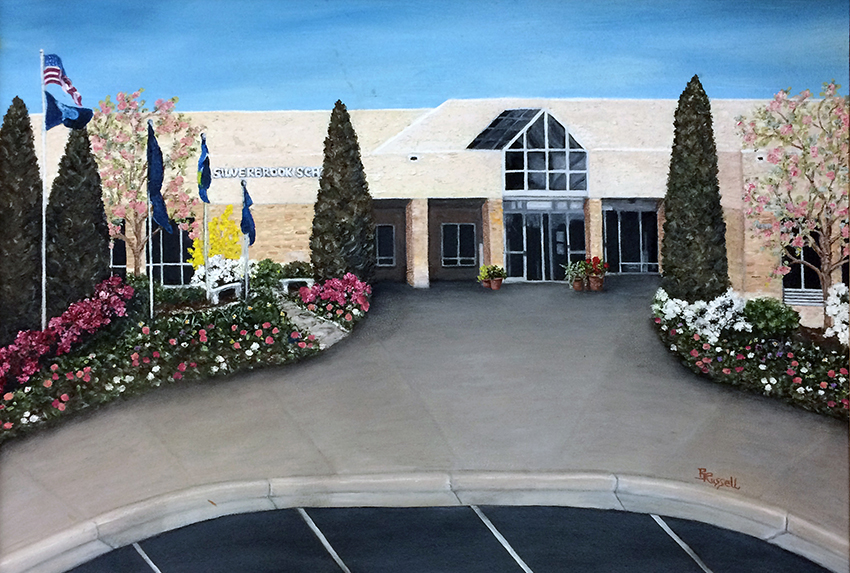 In August 2006, the Connection Newspaper reported that a new four-room modular classroom had been installed at Silverbrook Elementary. “To help accommodate the school's 1,205 students, the school now has 22 outdoor classrooms, housed in a 10-room modular, two four-room quads, two single-room trailers and what Principal Robert Holderbaum calls a "duplex." New faces will abound at the school this year, as a total of 14 new teachers have been added to the staff. "We've expanded our English for Speakers of Other Languages program to help meet the growing need in our area for this service," Holderbaum said.”

Principal Holderbaum retired in 2008, and was succeeded by our current principal Melaney Mackin. Relief to the overcrowding at Silverbrook finally came in the fall of 2009 with the opening of Laurel Hill Elementary School.

In October 2011, the Vulcan Materials Company in Lorton donated the large granite rock that rests in our school’s front garden. The “spirit rock” weighs 14,000 pounds, and was personally chosen by Principal Mackin when she went on a tour of the company's quarry. Every year, the rock is freshly painted with a new design by students. 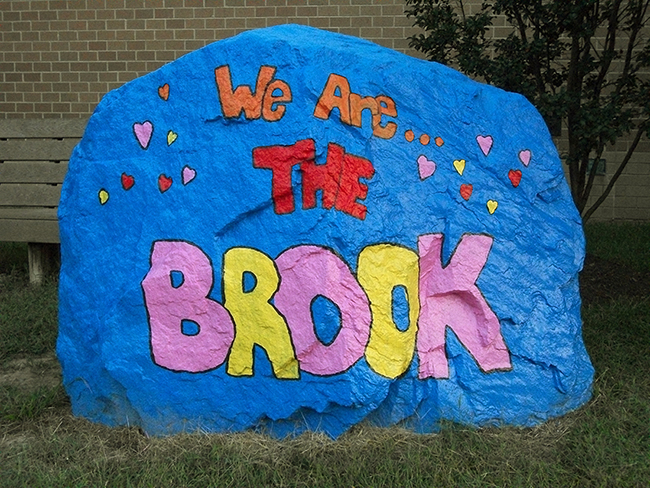 What’s in a Name?

Have you ever wondered how Silverbrook Elementary School got its name? Find out in this video produced for the Fairfax County Public Schools cable television channel Red Apple 21.